Film award to ”Come, This is the Way” 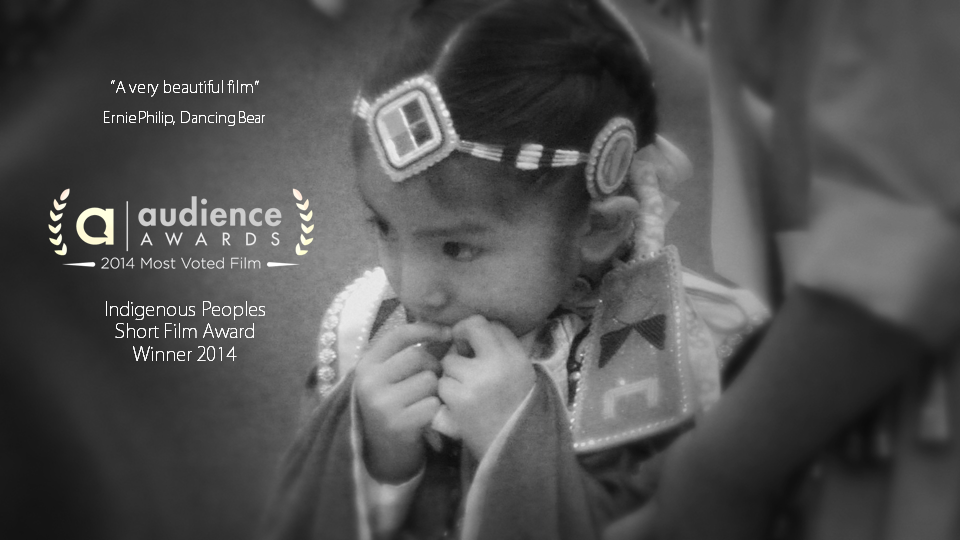 “Come, This is the Way” won the international Indigenous Peoples Short Film Award 2014.

Many thanks to all of you who voted for the film!

I shot “Come, This is the Way” with a simple consumer-grade camcorder without any initial intention to make a film at the 2013 Tutxinmepu Powwow in Idaho. This annual intertribal gathering and traditional dance contest is arranged by University of Idaho’s Native American Student Center and hosted by the local Nez Perce Tribe to celebrate the rejuvenation of American Indian culture. This Powwow brings together indians from all over North America in the spirit of drum music and dance – the unifying pulse and life-blood of Native American culture.

Behind the camera, I began to perceive the joy and the pain of this celebration of what was once lost and is now being reclaimed in fierce determination to survive after centuries of genocidal persecution and socioeconomic oppression.

I became a witness to the respect and love between the generations – the preservation of civilization itself. The transmission of culture to the Indian children was so moving that I was brought to tears. And this is indeed the way for all of us to follow.

The still near the end of the film of an old man smiling and looking at a baby held by its mother says it all.

The man is my beloved friend Ernie Phillip, also know as Dancing Bear; a fullblood member of the Shuswap Nation of British Columbia in Canada. Dancing Bear is one of the great champions of modern Powwow dancing – something of a living legend, whose dramatic life story is told in the upcoming documentary “Dancing Bear” (watch scenes from the film HERE). 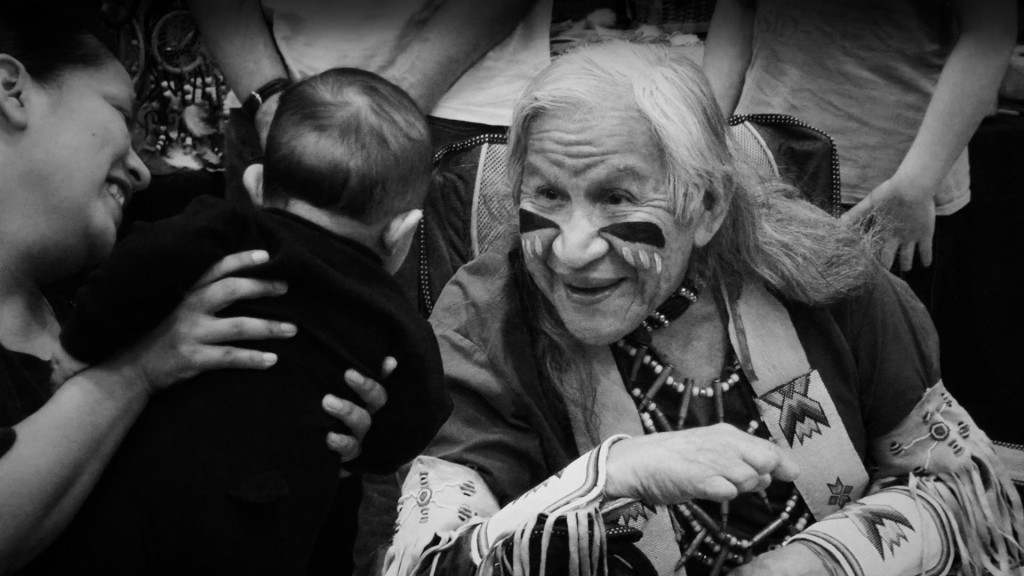 Dancing Bear has called “Come, This is the Way” ”a very beautiful film”, and by this I am deeply honored.

Daniel, thank you, kukstemc for making this video. That’s the work I have been doing all my life, for non-natives to understand us. Understanding is a key word always in that direction. It always ends up with love and understanding when people are true to themselves. People learn from one another it is okay to cry. I do that many times myself, out in the woods… because it is happiness, contentment, connection – everything will follow. Kukstemc my friend from Ernie Philip Dancing Bear.

My goal for Terra Religata is to make it possible for more people to experience this deep sense of connection with all life that Dancing Bear describes. Nothing in our life remains the same after that experience – and it changes all our actions that follow.

“Come, this is the way” is also a warning about climate change.

I shot the nature scenes in the Clearwater Wilderness at the edge of Idaho’s Rocky Mountains – the ancestral lands of the Nez Perce Tribe. The majestic cedars are sacred to the Nez Perce, just like the coyote, whose singing mirrors the wordless song you also hear in the film.

One of these cedars that you see (with a glittering dew drop in the interlude) is approximately 3,000 years old. It is the oldest and tallest tree of the Rocky Mountains, and indeed one of the oldest living organisms on Earth. As illustrated by the forest fire that I filmed in 2012 – the most intense burning season on record in the U.S. Northwest – these trees are under the immediate threat of extermination due to climate change, which is the cause of the increasingly dry conditions on the ancient Nez Perce hunting grounds.

On a different level, I see the forest fire in the film as an allegory for the devastation of Indian culture by the same imperialistic forces that have resulted in climate change. Without profaning the Great Mystery, there are also multiple layers of American Indian symbolism running like threads through the tapestry of the film (e.g. the feather falling to the ground and being raised up again; the movements of water).

I made the decision to make the film black-and-white and to use stills to emphasize the intimate and subtle stories and moments in the film that document the cultural transmission, and also for the purpose of creating a resonance with the timeless black-and-white photographs that document the destruction phase of Indian culture as eternal monuments of that which is today brought back to life.

One of the photographs was the timeless portrait of Sitting Bull that I put on the wall above my bed as a child so that I could look into his eyes every night before I fell asleep.

The traditional Powwow music in “Come, this is the way” (which I also recorded, produced and mixed), is performed by Vandal Nation, an intertribal drum group at the University of Idaho. One of the singers is Rudy Shebala, a Navajo who you see in the opening shot, and whose war paint has been restored to its original red in the final shot of the film.

The color of the fire that doesn’t destroy the world but instead rejuvenates nature and culture as one – the goal of Terra Religata.

Special thanks to Steve Martin and Vandal Nation, to Ernie Philip Dancing Bear, and to Stefan Jarl for his generous encouragament and editing suggestions for the film.